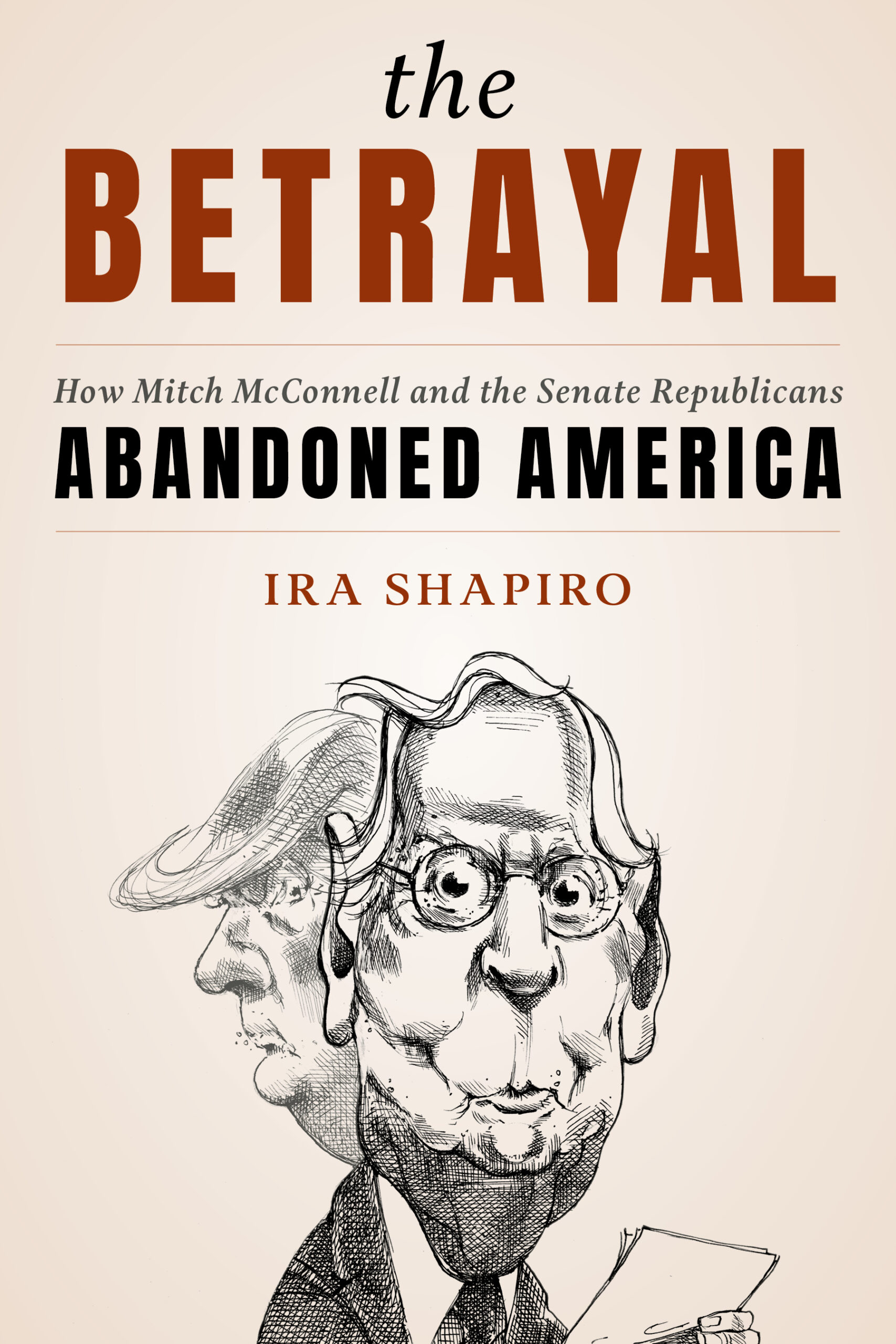 Praise for The Betrayal:

“Anticipating the possibility of a corrupt, rogue president, our Founders created a strong Senate to provide the ultimate check on abuses of executive power. In The Betrayal, Ira Shapiro holds Mitch McConnell and the Republican Senate accountable for their deliberate and catastrophic failure to stop Donald Trump even when American lives and our democracy were at stake. A gripping narrative and a must read.”

“With his new book, Ira Shapiro has completed a trilogy of some of the most thoughtful works on what has happened to the U.S. Senate during the last half century. Drawing on his years serving in and closely watching this critical institution, he sadly but correctly concludes that the Senate failed to serve as a bulwark against a rogue president who abused and corrupted his office, as the Constitution had intended. An experienced observer and gifted writer, Shapiro lays bare how too many senators have forgotten the oath they took to defend the principles of that document and allowed their country to devolve into something other than the democracy the Framers intended. The Betrayal is a work of hard truths—truths that we must understand and confront if this essential institution is to return to its rightful role.”

— Richard Moe, chief of staff to former senator and vice president Walter F. Mondale, and author of Roosevelt’s Second Act: The Election of 1940 and the Politics of War

In two previous highly regarded books on the U.S. Senate, Ira Shapiro chronicled the institution from its apogee in the 1970s through its decline in the decades since. Now, Shapiro turns his gaze to how the Senate responded to the challenges posed by the Trump administration and its prospects under President Biden. The Founding Fathers gave the U.S. Senate many functions, but it had one fundamental responsibility—its raison d’etre: to provide the check against a dangerous president who threatened our democracy. Two hundred and thirty years later, when Donald Trump, a potential authoritarian, finally reached the White House, the Senate should have served as both America’s first and last lines of defense. Instead, we had the nightmare scenario: today’s Senate, reduced through a long period of decline to a hyper-partisan, gridlocked shadow of its former self, was unable to meet its fundamental responsibility. Shapiro documents the pivotal challenges facing the Senate during the Trump administration, arguing that the body’s failure to provide leadership represents the most catastrophic failure of government in American history. The last section of the book covers the Senate’s performance during President Biden’s first year in office and looks forward to the 2022 Senate elections and beyond.

Ira Shapiro’s forty-five-year Washington career has focused on American politics and international trade. Shapiro served twelve years in senior staff positions in the U.S. Senate, working for a series of distinguished senators: Jacob Javits, Gaylord Nelson, Abraham Ribicoff, Thomas Eagleton, Robert Byrd, and Jay Rockefeller. He served in the Office of the U.S. Trade Representative during the Clinton administration, first as general counsel and then chief negotiator with Japan and Canada, with the rank of ambassador. He is the author of two previous critically acclaimed books about the Senate: The Last Great Senate: Courage and Statesmanship in Times of Crisis [2012, nominated for a Pulitzer Prize] and Broken: Can the Senate Save Itself and the Country? [2018]